Athletic level of trekking trips cover elevation of  5000m or few meters up level of trails with side trips to higher elevations. Measured to be harder therefore training for fitness and good health conditions are necessary. The person who are  suffering from asthma, high blood pressure, heart disease or intricate medical conditions hikers are not recommended.

Mustang, once the forbidden Kingdom, is one of the purest Himalayan destinations in Nepal both in terms of geography and rich cultural heritage. It is culturally more closely connected to Tibet than Nepal. The region lies beyond the Himalayan range of mountains. The terrain is a semi-arid desert surrounded by snowy mountains.

Situated on the border of Nepal and Tibet, north of the Annapurna range, the tour is one of the finest Himalayan destinations for both its rugged mountain landscapes and rich cultural legacy. The tour follows a historic trade route between Nepal and Tibet. These whitewashed settlements, set amid fields of barley and home to impressive chhortens and simple monasteries, reflect the abiding Buddhist culture. This is an outstanding journey to one of the true gems of the Himalaya.

Arrival in Kathmandu Airport and welcomed by a guide at the airport. Transfer to the hotel where the guide would brief the trekking program. You may have some time, depending upon your time of arrival, to explore areas near to the hotel.

Transfer to the airport for a 30-minute flight to Pokhara. Possibility of sightseeing activities or rest in the lake city.

Transfer to the airport for a 20-minute flight to Jomsom. From Jomsom, drive to Chhusang via Kagbeni. Begin the trek from Chhusang after lunch, gentle trail in the beginning, and then ascend for a couple of hours to reach a small village of Chaile from where Nilgiri and Dhaulagiri mountains are distinctly visible. Stay in Chaile.

Ascend for a couple of hours and trek further to reach Samar. We have two options to choose from. Option I is to visit Cave Chungsi. Option II is to descend a bit and gradually ascent up to Bhena La. A gentle trek to Syangboche and continue trek to Ghiling. Stay in Ghiling.
Ascent 000 m – descent 000 m

Visit the monastery in Ghiling to begin the day. A gradual ascent on a trekking trail to a high Nyi La pass. Descent a bit to arrive at Ghamila pass. The red cliff visible in front and a long mani wall downwards are associated with a popular local legend. After lunch in Ghami Gaon, cross the stream Ghami Khola and ascend further for an hour to reach to a hillock and smaller settlements on plain land. We may see the alpine vegetation and farmers working on the field which indicates we are approaching Dhakmar Village. Dhakmar Village has stories relating to Guru Rinpoche, a Bodhisattva. Stay in a lodge in Dhakmar. Visit a local family for a drink.

Begin a steep ascent for a couple of hours to Mui La Pass. This is the highest pass of our trek. Gentle walk to Ghar Gompa monastery. Believed to have made in the 8th Century, it is one of the oldest monasteries in Nepal. After Ghar Gompa, descent a bit to cross the Ghyung Khola and a gradual ascent to another mountain pass of Chogo La. Gentle descent to Lo Manthang village. Stay in Lo Manthang.

Lo Manthang is a trans-Himalayan walled village near Tibet/China border. Once a Kingdom, it is one of the last regions to be unified into Nepal. Tibetan culture and its influence can still be observed.

Gentle trek to begin the day and ascend the same route back then turn left. Trek up the hill before descending a bit for a plain walk for a few minutes. Trek downhill on a zigzag trail to reach a plain area. Then to a sudden and steep drop take us to Dhi Village. The landscape is simply amazing.

After lunch, cross the Dhi Khola stream to reach Yara Khola nearby. Ammonites of marine fossils from the Jurassic Period are found on the river bed of the Kali Gandaki are one of the deepest valleys int he world. Walk along the river. We turn left to ascend trek and after a few minutes we begin to see the farmers working near the Yara village. We may see the white Himalayan salt floating on the water or land dried up. Stay in Yara village.

Another day is planned for exploration. Trek along the stream and ascend steeply to reach Luri Gompa monastery before descending for a few minutes to reach Ghara Village. Ghara is probably the highest village in Mustang. We descend back to Yara.

Begin the trek and cross a stream to trail further for an hour. Descend few hundred meters and cross a suspension bridge. Walk a bit over the terrain and ascend for about three hours on the ridge before descending again. As we keep on walking on a relatively plain area, we descend a bit to walk to Tangye Village on the left. Stay in Tangye.

Begin a long trekking day early in the morning. Turn left to cross the bridge and walk along the river and then cross a stream and ascent for a few hours. It is a trek-day of many ups and downs. Walk further and descent for an hour to reach Chhusang.

Walk from Chhusang to Tetang. Gentle ascent for a few hours to Gyu La Pass. An easy trail takes us to Jong village. After Jong village, the trek is easy with a bit of ascent to reach Muktinath.

Visit Muktinath temple, one of the highest temples in the world.  It is a popular pilgrim for Hindus and Buddhist. Stay in Muktinath.

Trek to Lubra village and visit the Bon Po monastery then a trail along the Lubra Khola for a couple of hours. A fantastic view of Nilgiri, Dhaulagiri, and Kali Gandaki can be seen during the trek. After lunch in Lubra, trek for half an hour to meet the main vehicular road. Drive to Jomsom on a jeep. Stay in Jomsom. Jomsom is the administrative headquarter of the area.

Day 14. Fly back to Pokhara

Fly back to Pokhara.  Possibility of sightseeing activities or rest day.

Free time in Pokhara with possibilities of boat ride, sightseeing, or stroll around the lake city. The places to visit in Pokhara are: World Peace Pagoda, Devi’s Waterfall, Mountain Museum, Fewa Lake, Begnas Lake, and a few caves. You may choose, for a half day tour, visiting World Peace Pagoda and Fewa lake.

20 minutes
Day 15. Fly back to Kathmandu

Fly back to Kathmandu. Possibility of sightseeing activities or rest day in Kathmandu.

Transfer to the airport in time to fly back home. 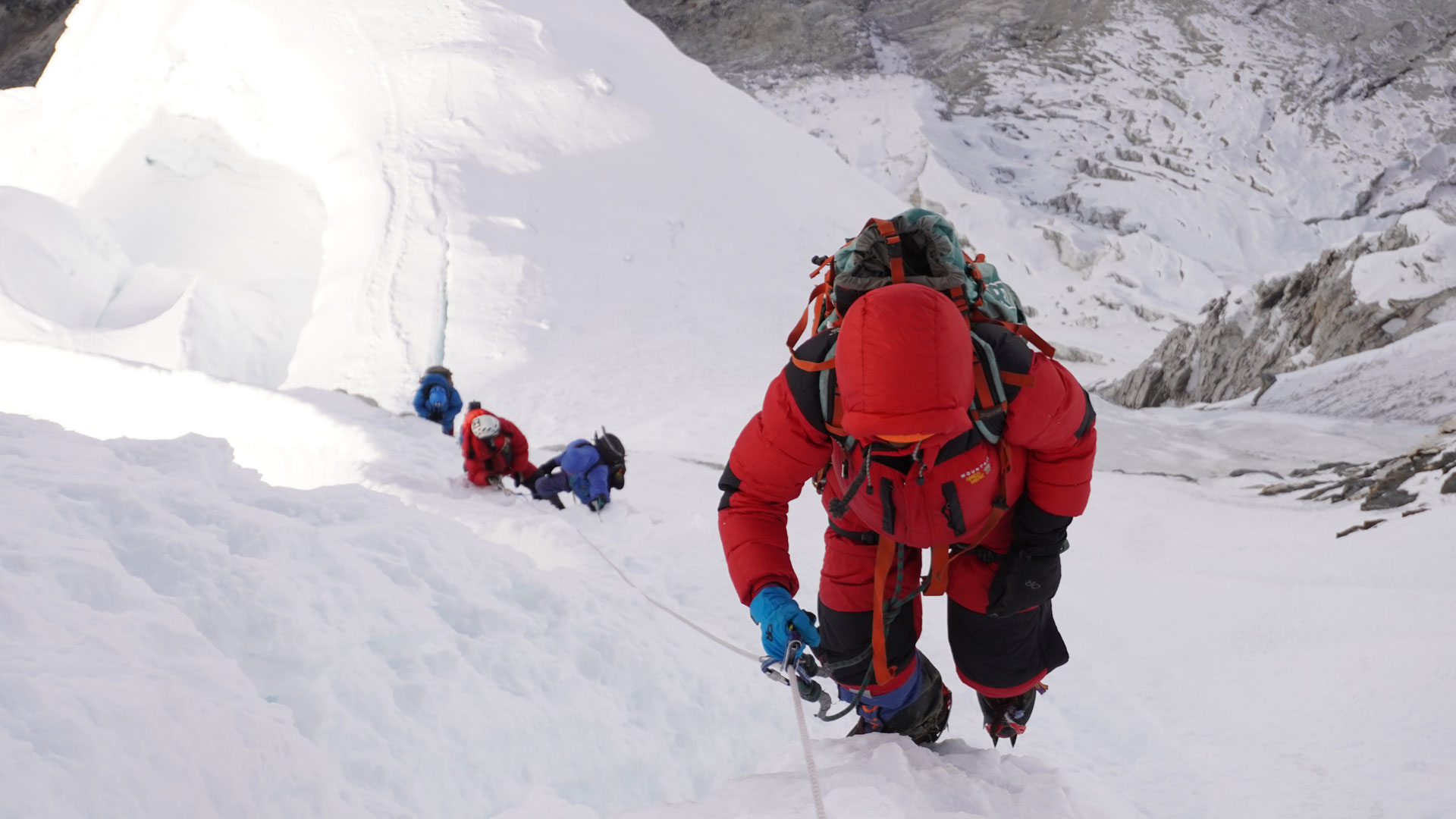 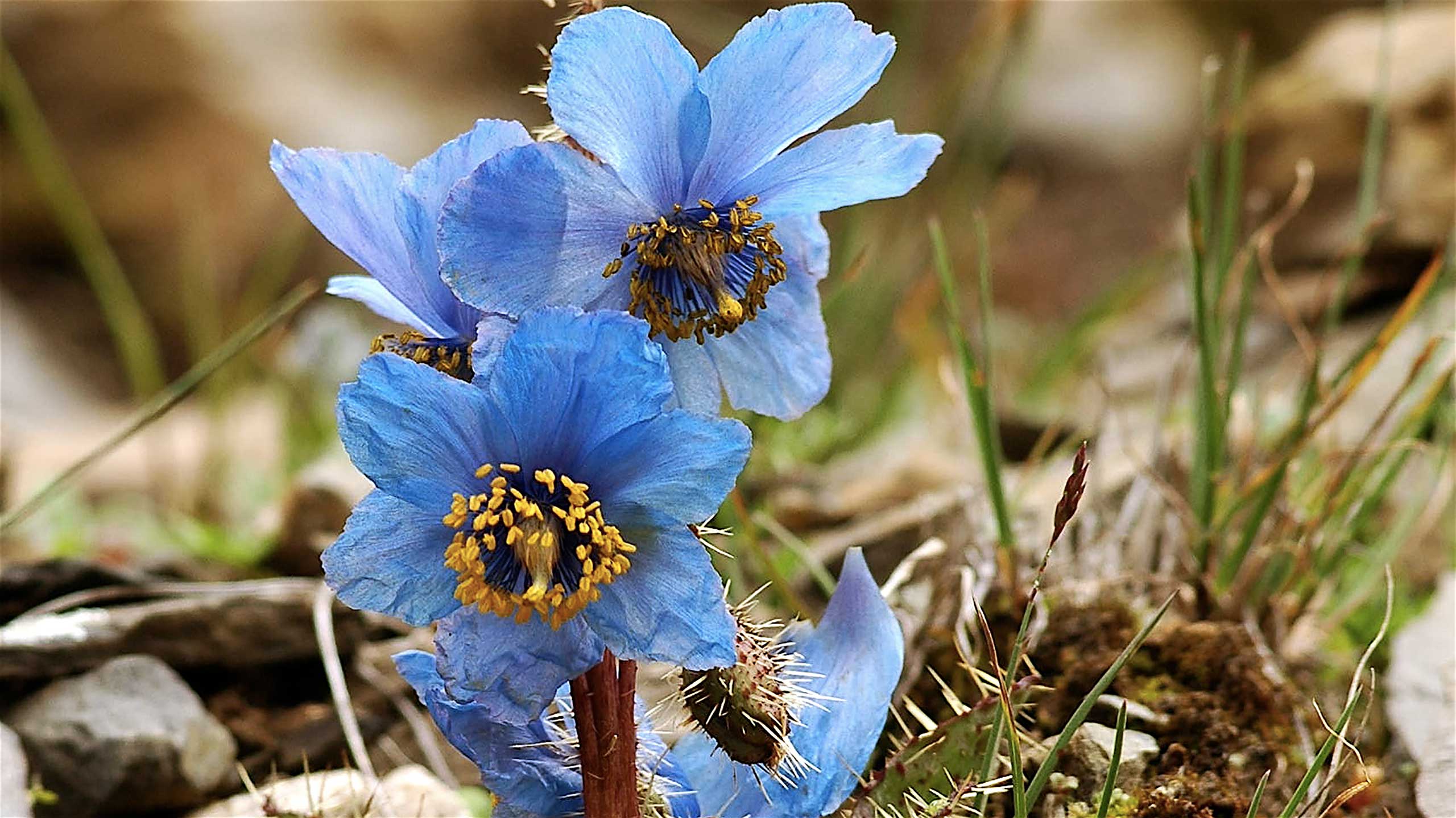 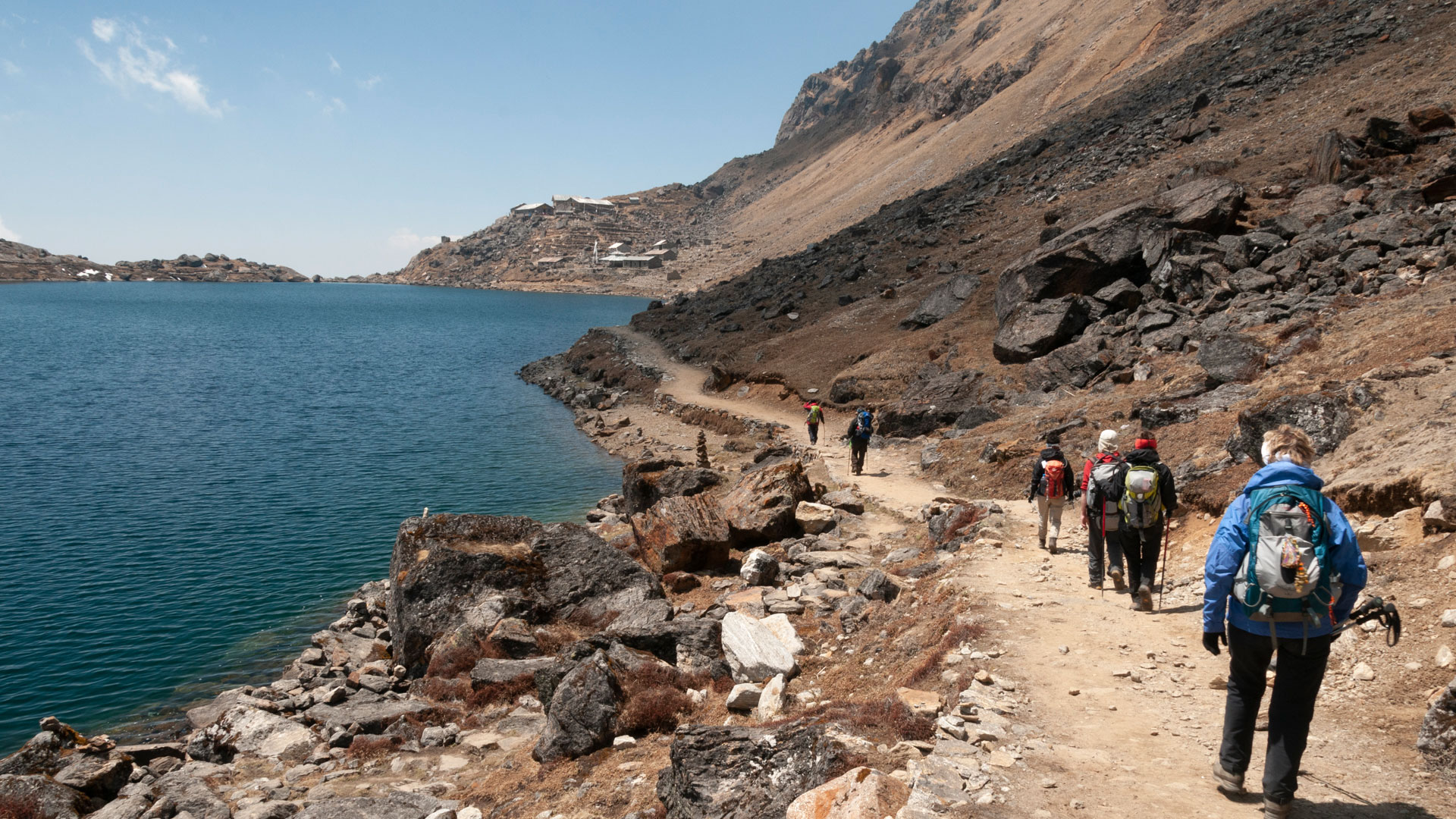 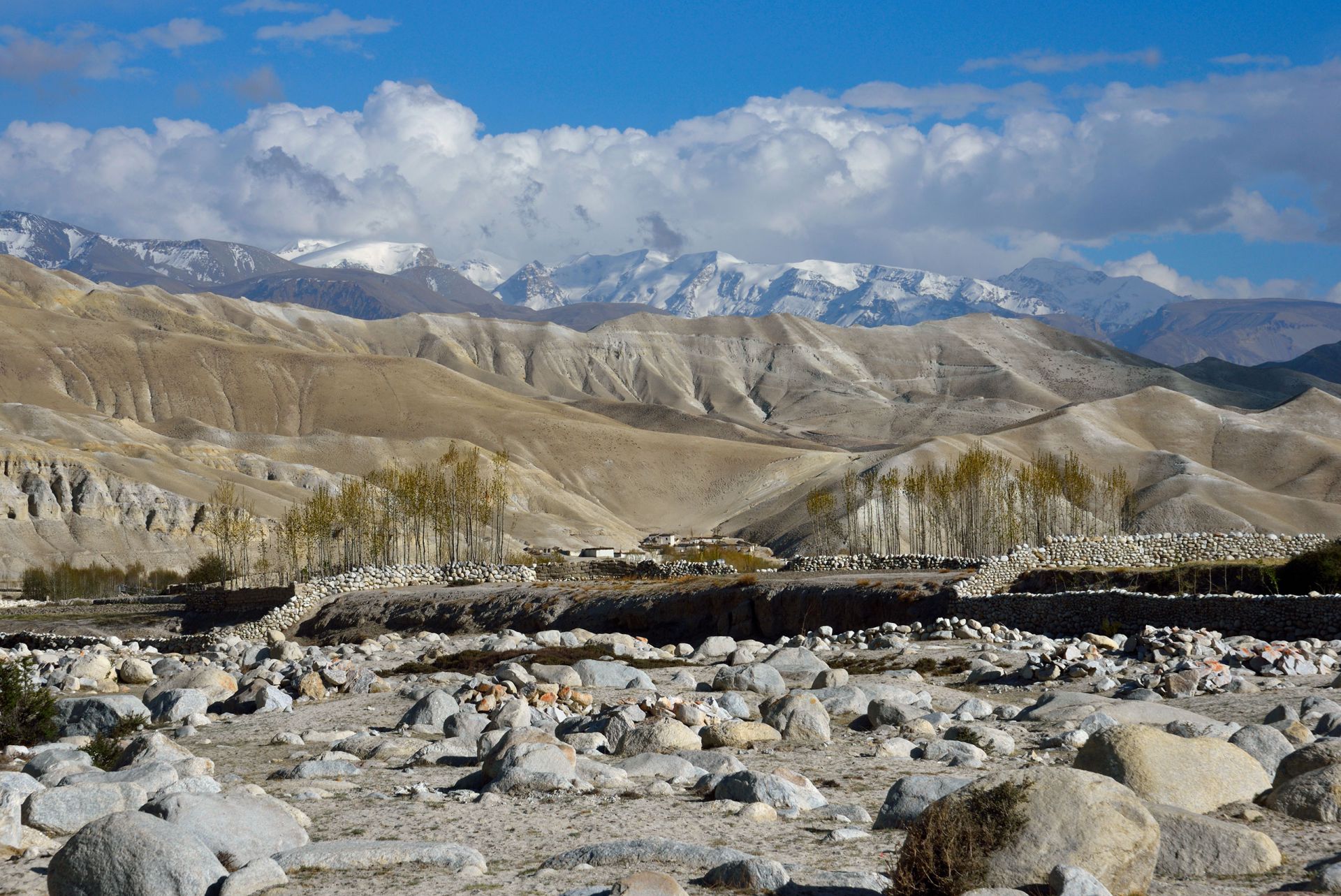 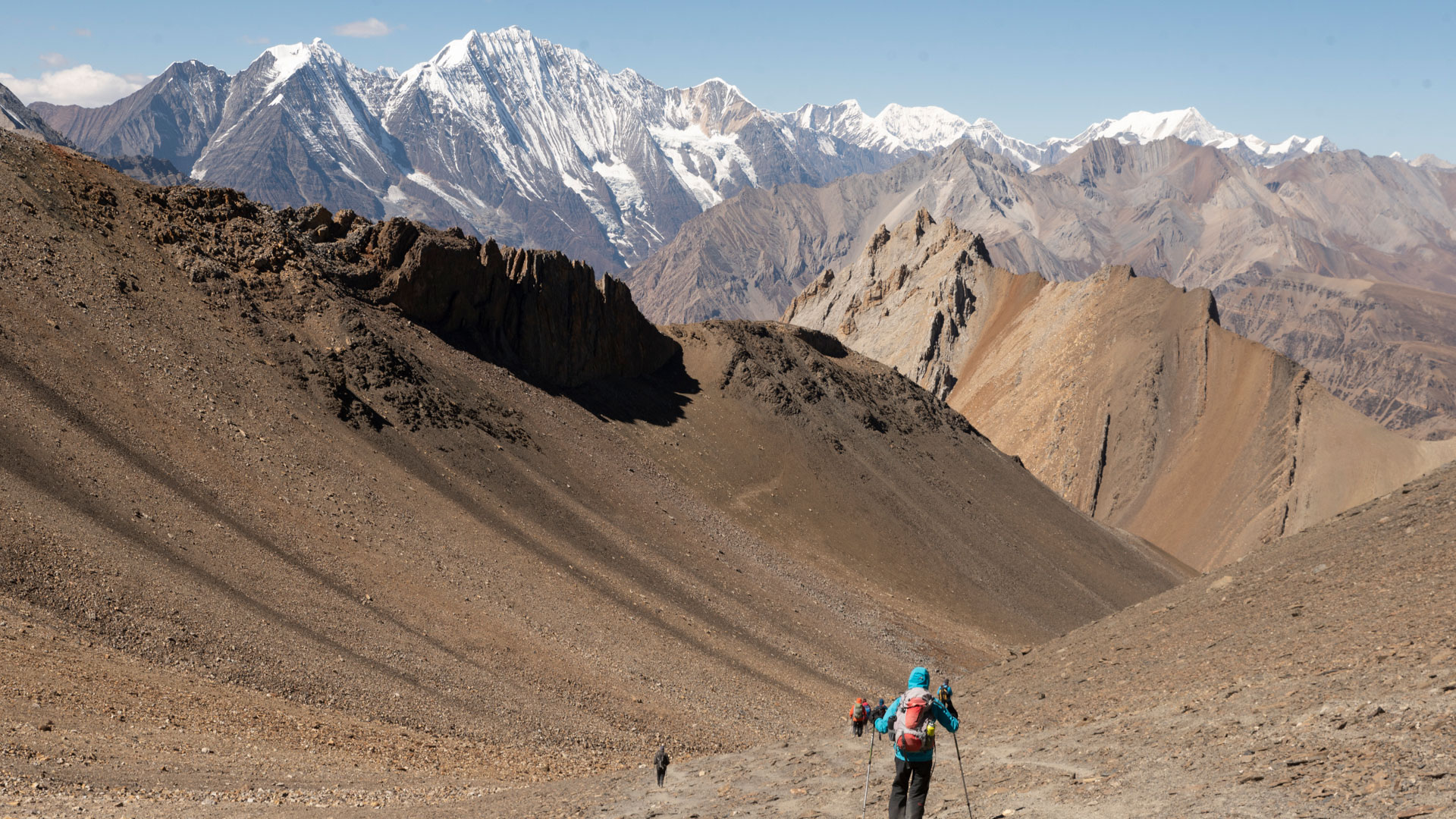 Let our experts guide you to your perfect Holiday.

We’re here to get you on your way! Contact our experts who will guide you as your journey into the Himalayas.
info@greatmountainholidays.com
Viber/Whatsapp: <br> +977-98512345678
Inquire Online  ↝